After playing with TX3DRootNode I ended up with the following hierarchy of nodes to build a scene from component models. 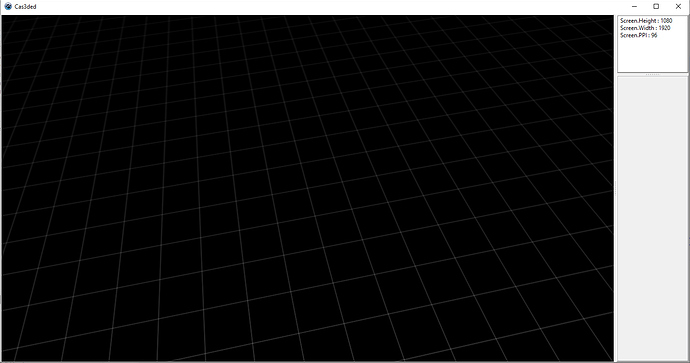 This works but isn’t very efficient as all I really want to create here is a placement grid as used by Blender, Unity, Kenny’s Asset Studio etc which I’ll show in a viewport which I then overlay with another transparent viewport in which I build a proper scene from component model assets. The resulting scene, without the grid, can then be exported as a X3D model, json, a streamed object or whatever else I desire.

So, what’s the best way to create my placement grid? I’ll sync the viewports cameras as needed so any change in viewpoint should result in the grid keeping in sync with the scene being built.

I’m not exactly sure what the “placement grid” is. DuckDuckGo shows me images different from the one in the screenshot above. Maybe you’ve meant “coordinates grid”?

If yes, then you don’t need transparent Viewports (which would raise a lot of problems of its own, e.g. Z-sorting). You need to keep it in a separate TCastleScene in the same Viewport - and simply don’t save this specific scene with the rest of the project.

And you don’t need loading multiple objects. The coordinates grid can be just a textured plane (quad) with semi-transparent texture. Some earlier versions of Blender even cheated and made it a finite plane with a predefined size (like seen here https://i.stack.imgur.com/WzRqS.gif), though it is not too hard to create this plane by code to cover the whole visible area.

Even if you want to use it as a “placement grid” (like Tiled or any other grid-based editor), you can just convert mouse clicks in the Viewport into discrete set of coordinates and add objects there. Obviously it’s more complicated in 3D than 2D, but still should be relatively easy to.

The textured plane approach is a good I guess. I’ve been thinking too literally. If I use a repeating texture that’s 1x1 (co-ordinate space) in size tiled forever then I should end up with the desired result - I think…

Hmm, could use a MipMap? That could provide that nice effect Blender has that when you zoom out by 10x the smaller grid gets replaced by variant indicating the zoom.

Overlaid viewports are a nice tool. I’ve played with them a little with to very good results. 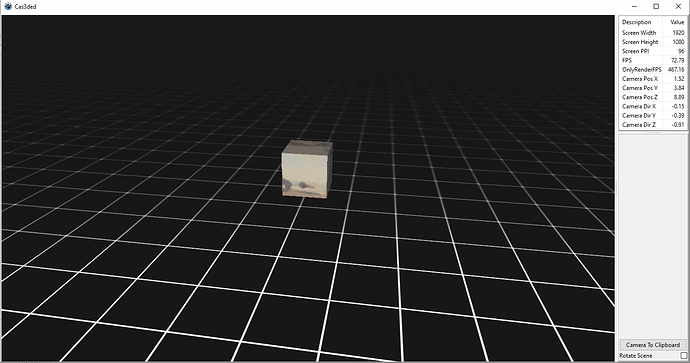 The ground plane is a 1x1 with a repeating texture - I tried three versionsplane.zip (3.2 KB)

The image is UV mapped 100 times repeat X+Y but opening them in view3dscene gives results I find confusing.

I ended up using the 1/16 transparent version for now